As part of the redevelopment project the museum has decided to undertake an assessment of some of the collections. One area of the collection that is being assessed is the stonework from the Augustinian Abbey Church.

The Abbey Church has a long history dating back to the seventh century when a wooden church existed on the current site. At this time Christianity was coming back to England. The church has within its collection a small book clasp which features eagles and a fish in the Salin II style. Both these animals have links to Christianity therefore it is likely this clasp dates to the earliest times in the church’s history.

This church was then enlarged on the same site in the ninth century and later the Holy Cross was installed at the church.

The next stage in the church’s history comes during the time of Harold. After he was cured of a skin disease by the Holy Cross and as a response to Edward the Confessor building Westminster, a new church was founded on the site in 1060 by Harold.

Following Harold’s death at the Battle of Hastings Henry I builds a church which is similar in structure to today’s church.

The Augustinian Church was later demolished in the reformation during the reign of Henry VIII (1536) and the stonework was used in various parts of the town.

After several excavations the museum now holds a number of pieces of stone from the Augustinian Abbey in the collection which are being assessed as part of the Museum’s redevelopment project. Here are some images of the stone work within the collection. 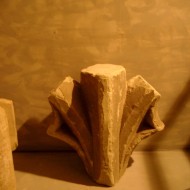 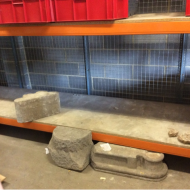 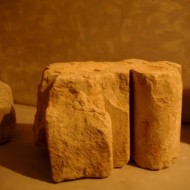