We’ve come across some fascinating stories while researching our new school workshop, Local Legends, telling the stories of some important local people…

Did you know that Epping Forest District Museum occupies two old houses on Sun Street in Waltham Abbey? The older house was built in around 1520, during the reign of King Henry VIII.

The earliest resident who we think lived here was Edward Goldinge. He was a groom for Elizabeth I, in charge of the horses at the royal stables near to the Abbey Gardens. Kings and queens were frequent visitors to Waltham during this period, especially for the excellent hunting the ancient forests in the area offered. 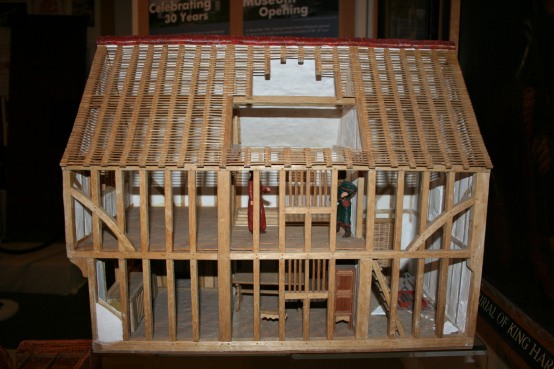 There is a record of Edward living on Sun Street, in a location that could correspond with the house the museum is in today.  At this time the ground floor of the house was divided into three small rooms. The back room, known as the smoke bay, had a fire in the centre for cooking and heating the house. There was no floor above the smoke bay, so the smoke went straight up to the roof of the house and escaped through the rafters. 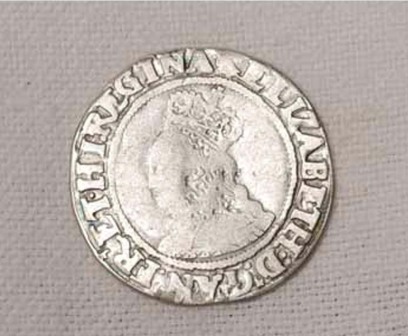 Chimneys became much more common later in the Tudor period, and one was added to this house to replace the smoke bay in around the 1560s.  When the museum was being refurbished a small silver coin dated 1562 was found near to this fireplace, which has helped us to date when this change took place.

Also on display in the museum are the remains of a leather Tudor shoe. This was found along with a piece of black Tudor stocking in the house opposite the museum, and together they make an unusual remnant of the past, as such biodegradable objects have usually rotted away over hundreds of years. Edward may have worn something very similar to this.

We have also found clues about what Edward may have done in his spare time. A die dating back to the sixteenth century was found at nearby Romeland in Waltham Abbey. Dice and card games were very popular in Tudor times, and people often gambled money on their games. Elizabeth I was reputed to be a keen card player. It is easy to imagine Edward relaxing at home on Sun Street with a few friends, playing dice or cards and perhaps even gambling a few Tudor coins on them.

If you have ever mislaid a coin, die or other small item at home, perhaps one day an archaeologist will find it and wonder about who you were, how you lived and what you liked to do…